Pin Mill in Suffolk is a hamlet on the south bank of the tidal River Orwell, located on the outskirts of the village of Chelmondiston on the Shotley peninsula, south Suffolk. It lies within the Suffolk Coast and Heaths Area of Outstanding Natural Beauty and is a designated Conservation Area. Pin Mill is now generally known for the historic Butt & Oyster public house and for sailing.

The origins of the ‘Pin’ in Pin Mill are uncertain, but may be derived from 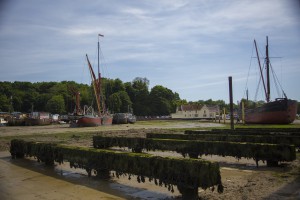 ‘pynd’ (meaning pen or pond), the production of round wooden pins for ships, or attributed to a mill owner by the name of Pynne.

Pin Mill was once a busy landing point for ship-borne cargo, a centre for the repair of Thames sailing barges and home to many small industries such as sail making, a maltings (now a workshop) and a brickyard. The east coast has a long history of smuggling, in which Pin Mill and the Butt and Oyster pub allegedly played key parts.

During World War II Pin Mill was home to Royal Navy Motor Launches and to a degaussing vessel created from a herring drifter. Pin Mill and Woolverstone were home ports to many Landing Craft Tanks used in the invasion of Normandy in 1944.

Approximately 25 houseboats are occupied year round along the foreshore to the east of the Butt and Oyster pub, an alternative lifestyle which lends a bohemian charm to the settlement. Since 2004 Babergh has been working with the houseboat owners, Chelmondiston Parish Council and other groups to grant planning permission for the houseboats and remove wrecked boats. There have also been recent improvements in the sailing infrastructure, and responsibility for the Hard at Pin Mill has been handed over to a new ‘community interest’ company. 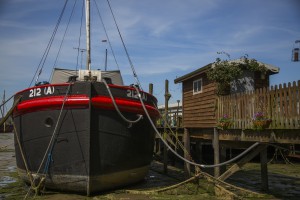 Pin Mill has often been the subject of painting and photography, and is a popular yacht and dinghy sailing destination. During WWII many yachts were placed for storage west of the hamlet in what were then called ‘the saltings,’ awaiting the cessation of hostilities. The moorings in the river were home to the Royal Harwich One Design Class boats for many years in the 1940s.

A feature film about sailing, “Ha’penny Breeze,” was filmed here in 1950, featuring the Welsh actress Gwyneth Vaughan. There is a boatyard, and the Pin Mill Sailing Club has hosted an annual Barge Match since 1962.

The Grindle is a small stream that flows alongside Pin Mill Common down to the Pin Mill Hard on the foreshore. It is used by dinghies to ferry sailors ashore.

The Butt and Oyster is a traditional 17th century public house that serves real ale.  It is a listed building with bay windows in the bar and restaurant that offer panoramic views of the Orwell estuary.

Pin Mill lies along the Stour and Orwell walk. There many signposted walks in the immediate area, including through the Cliff Plantation forest owned by the National Trust. Pin Mill can be reached at the end of a lane half a mile from the centre of Chelmondiston, which is serviced by the B1456 Ipswich-Shotley road. There is a public car park near the foreshore, and also limited customer parking in the Butt and Oyster pub. 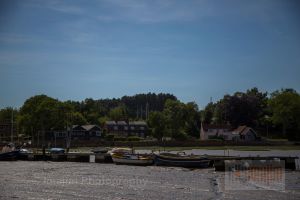 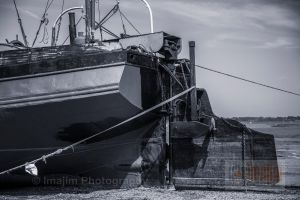 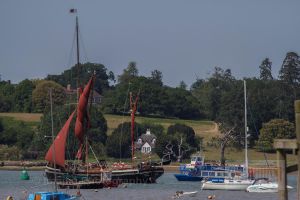 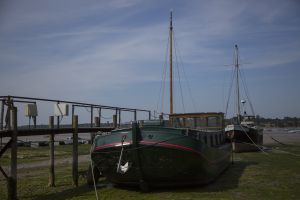 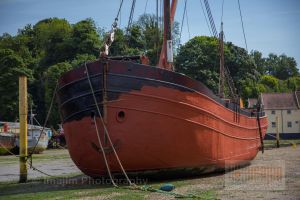 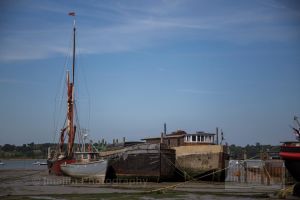 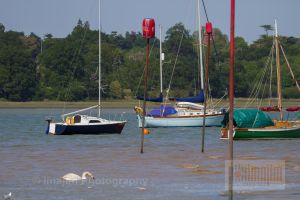 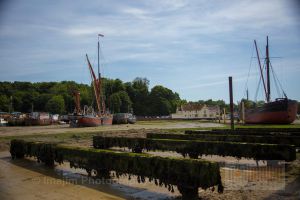 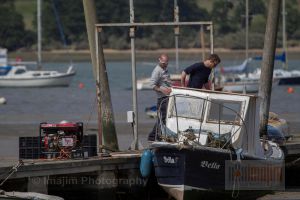 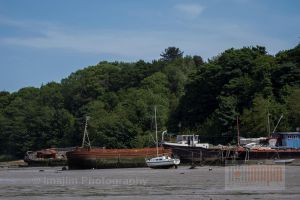 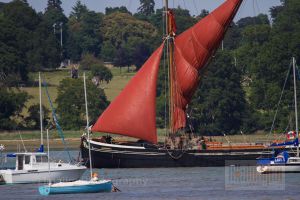 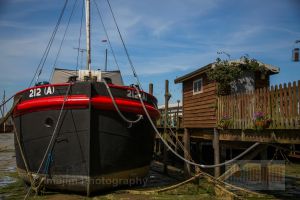 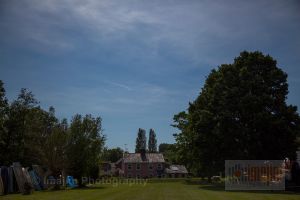 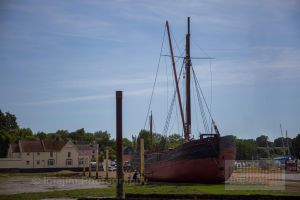 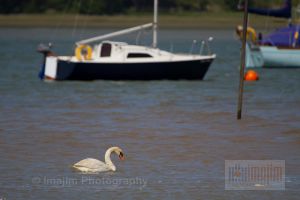 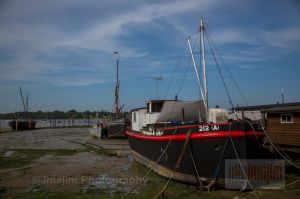 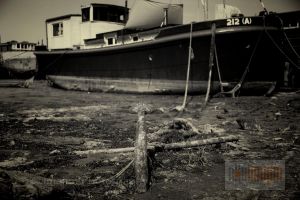 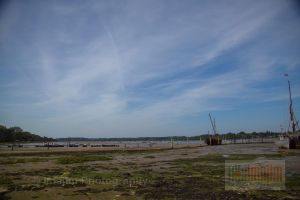 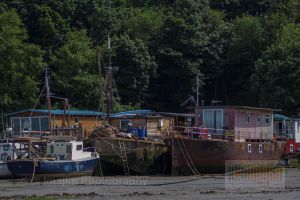 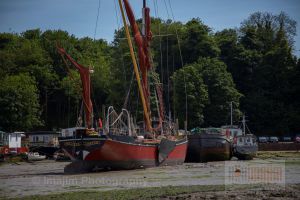 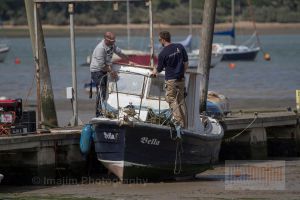 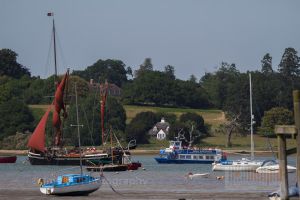 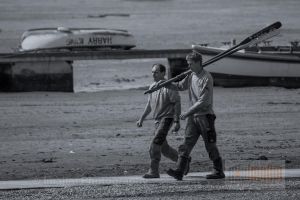