It’s 10pm on a Saturday night. I’m driving around Ipswich. And then I notice the illuminated spire of St Mary-le-Tower in the distance, ascending into the night sky, a beacon for all around to see. 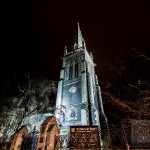 The strange thing about churches is that we so often pass them on our daily rounds, miss their architecture on the stressful commute to school, work, home, constantly avoiding their hollow stained glass eyes watching us. Yet they are there, constant, remaining ageless, historic little pieces of British history that, although decaying, are still remnants of a Britain gone by which we all may forget from time to time. What’s more interesting is that nestled under these columns of stone other buildings have swarmed around them; offices, restaurants, nightclubs, almost always ignoring their pious neighbours.

So, out came the camera in the hope to record these edifices of time in a nighttime setting where so often these churches seem out of place, forgotten, and left in the dark whilst the lights of the city switch on. 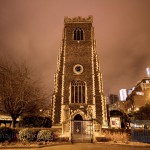 It was a challenge. I expected floodlights drifting up the stone, lighting up the brickwork and giving me that perfect shot, but as with most photography it wasn’t that easy. Many of our churches in Ipswich are either converted or declared unsafe due to fire or neglect. To shoot them I had to rely on a wide Sigma lens, and the light of the city at a slow shutter speed. A filter guarded the shots from too much ambient light, though the cloudy sky threw a lot of light back at the lens. I decided to shoot low, not only to get the buildings in but also to create the towering feeling you have whilst standing underneath them.

All in all a good night’s work, and I even have an art editor interested in the shots for an upcoming branding project on churches set in the style of nightclubs. So remember, next time you’re out at night in the city lift up your eyes and have a look around you. Who knows what you may stumble across? 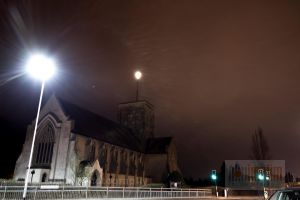 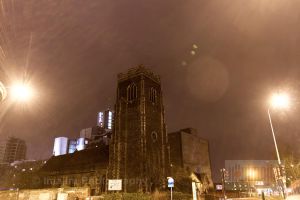 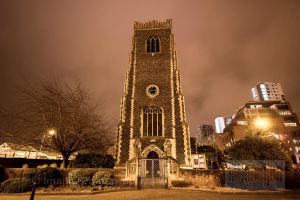 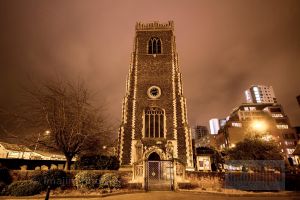 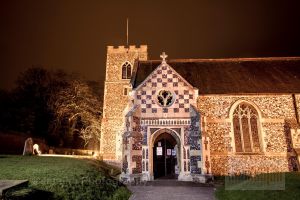 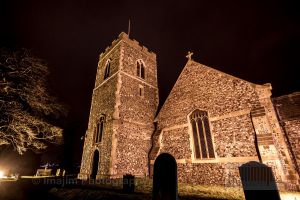 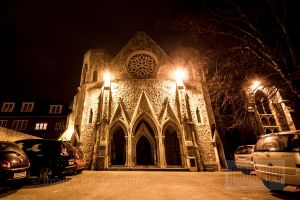 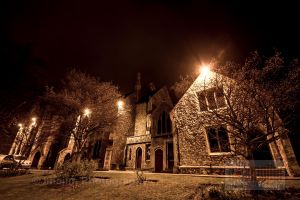 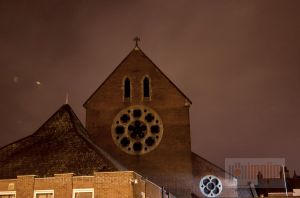 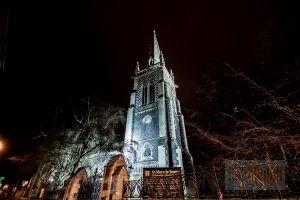 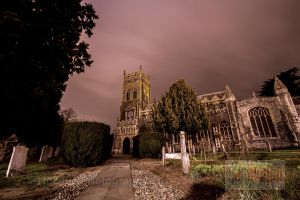 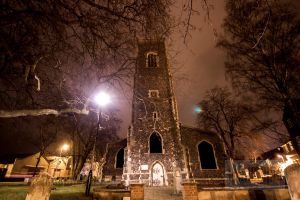 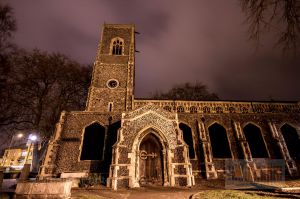 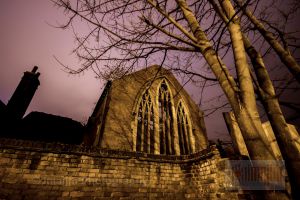 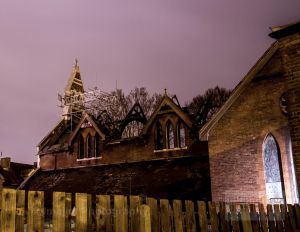 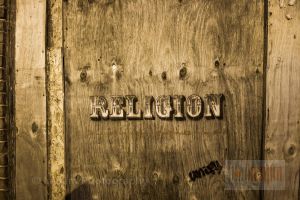 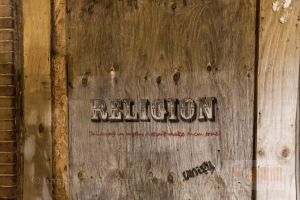 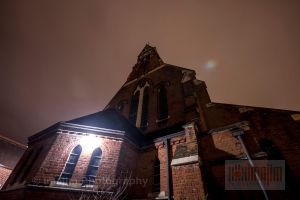